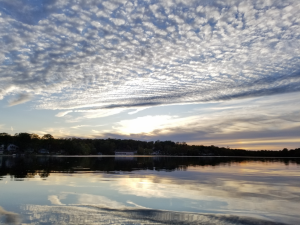 In the 1730s, European settlers began to create a self-sufficient farming community out of the forested wilderness of the Titicus River Valley. The Keelers, Purdys, Van Scoys, Wallaces and other first families built their homes on parcels of the oblong (the eastern edge of town; ownership disputed with Connecticut) and on Stephen Delancey’s share of Van Cortlandt Manor. The Oblong portion here and in Lewisboro was the original town of Salem, while the Van Cortlandt Manor section was known as Delanceytown. Eventually, Salem was divided into Upper and Lower Salem. In 1788, the Town of North Salem was incorporated to include both Delanceytown and Upper Salem.

In the 1840s, the hamlets of Purdys and Croton Falls sprang up around two stations on the new Harlem Railroad. Dairy farmers thrived, using the new iron horse to get products to market. Imaginative entrepreneurs imported exotic animals and started America’s first circuses. Others created summer camps and vacation communities around Peach Lake.

When the New York City water supply was expanded in the 1890s, new dams and reservoirs displaced hundreds of people in North Salem and surrounding towns. The entire hamlet of Purdys was moved or torn down, along with farms and residences in the Titicus Valley and parts of Croton Falls. 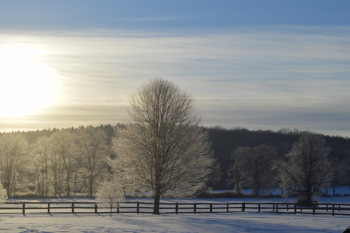 Gradually, as horses replaced cows on the landscape, North Salem was transformed from a farming community to a lively mix of commuters, tradespeople, small business owners, professionals, artists, equestrians and celebrities. In the 1970s, a group of generous property owners created the North Salem Open Land Foundation. Today it oversees 1,222 acres that will remain open forever for hiking, riding, star-gazing, cross country skiing and the simple enjoyment of nature. Horses abound, and many riders hunt with the Goldens Bridge Hounds; others compete in horse shows; and the North Salem Bridle Trails Association maintains miles of riding trails. Along with horses, alpacas and sheep dot the landscape. Anglers enjoy fishing in the Titicus River and Reservoir. 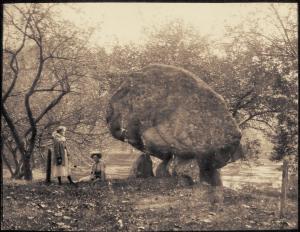 North Salem's oldest and most visited resident is Balanced Rock, a 60-ton glacial erratic that is perfectly perched on stone "pillars". Whether it was placed by man or nature is a subject of very lively debate!

The school system educates about 1,000 students yearly who enjoy playing sports on fields in two local parks. The town runs a popular summer day camp that attracts 500 children at Mountain Lakes Park. North Salem has an excellent small theatre, many fine restaurants, a very active Historical Society and a vibrant Library that serves as community center and sponsors programs from STEAMfest for kids to mahjong, art classes, book clubs, author talks and family events. Residents are committed to community service and volunteer in the ambulance corps, fire department, PTA, Lions Club and many other organizations.